If you are stuck at home here is something a bit different for you to read this month. 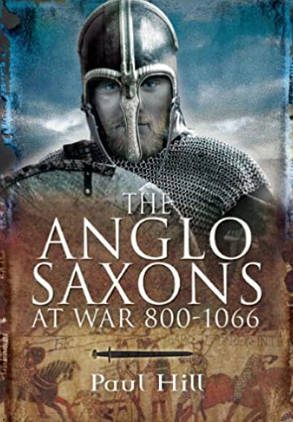 The various chapters cover the changing faces of Warfare, Military Organisation, Strategy and Tactics, Fortifications, Campaigns, Weapons and Armour, from Alfred the Great’s ancestors through to the Norman Conquest.

Paul Hill, formerly curator of Kingston Upon Thames Museum in Surrey, is well known as a lecturer, author and expert on Anglo-Saxon and Norman history and military archaeology, and he has written several books on these subjects, among them The Age of Athelstan: Britain's Forgotten History, The Viking Wars of Alfred the Great as well as this one The Anglo-Saxons at War 800-1066.

Paul Hill has been writing history books about Anglo-Saxon, Viking and Norman warfare for eighteen years. His first solo publication in 2004 'The Age of Athelstan - Britain's Forgotten History' became a bestseller in a short space of time.

Paul has appeared on TV in 'Battlefield Detectives - Massacre at Waterloo' and 'Bloodbath at Hastings' in which he focused on the military consequences of the challenges of the landscape.