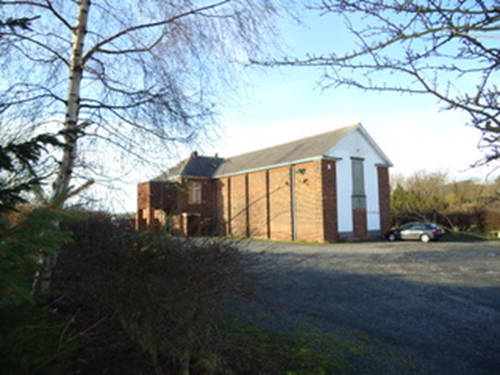 The Province of East Anglia was well represented at the above Consecration Meeting at Castle Eden Masonic Hall (near Hartlepool - pictured above) in the Province of Northumbria, by six Members of the Province namely:- 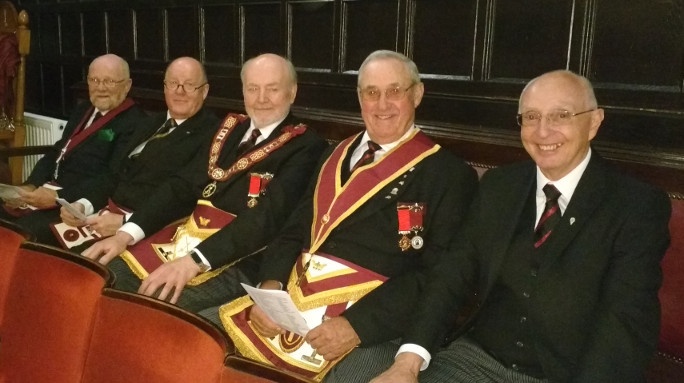 Five members from the Court of Unity at Witisie No 84, see above, met on the forecourt of the Hedley and Ellis premises in Peterborough just after 06.00 on Saturday morning. We arrived in the picturesque village of Castle Eden around 09.00 thanks to the very capable driving skills of Danny.

We were made most welcome by the Provincial Grand Master RW Bro Bill Carlyon and his team.

Hunger pangs were then quelled by coffee and superb bacon rolls, which were much appreciated by the intrepid travellers. After an great ceremony and excellent lunch we set off around 15.00 to return south. After being “treated” to a selection of Harry Lauder, Elvis Presley, and various other colloquial Fen ditties, by Gordon, which were only interrupted by the odd interval “snooze”, to re-charge his batteries, we arrived back in Peterborough thanks to the very careful driving of our co-pilot Bob at around 18.00.

It was a great day out and I would recommend any member of the Province who has not seen a Consecration, to attend one of those meetings. It is probably too late now to go to Halifax next Saturday to witness W Bro Danny take part in the Consecration of the Halyfax Court No 142. However look out for the next one.

I would to thank Danny and all the boys for making it a day to remember.