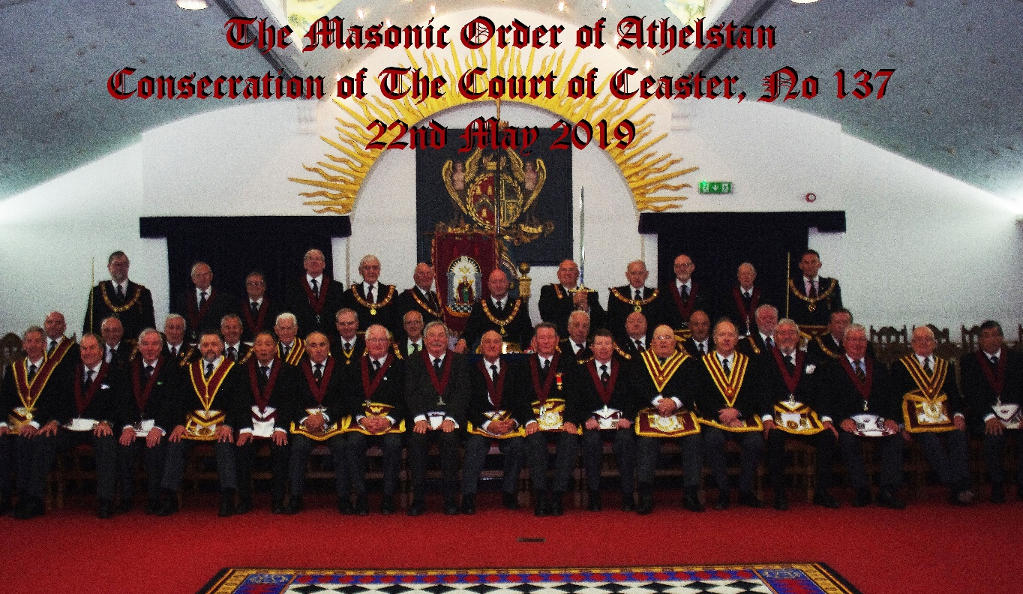 The Province of East Anglia was well represented at the above Consecration held at Christleton, near Chester, by four members: Myself, RW&EmBro Dr Chris Ansell, Grand Prior, WBro Danny Ellis, DepGSwdB and WBro Gordon Easton, ProvJGW.

RW&EmBro Chris Ansell played a major role in the Consecration Ceremony as Eminent Grand Prior, whilst I, as an active Grand Officer, was involved in the Grand Master’s Processions.

In the picture below W Bro Danny Ellis can be seen presenting a cheque for £500 to the Grand Master during the festive board, on behalf of the Court of Unity at Witesie No.84, for the Monument to King Athelstan at Malmesbury Fund, which is being supported by our Order. This was greatly appreciated by the Grand Master. 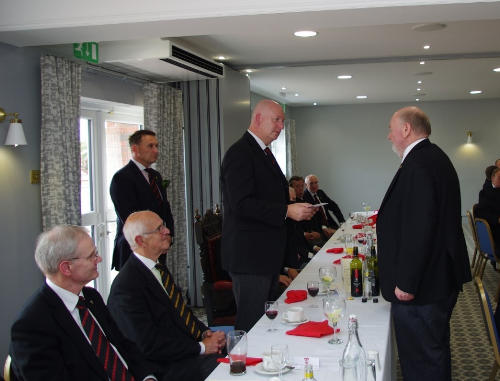 Not forgetting W Bro Gordon, here we are together during our sojourn by train to Chester: